Your location: Home
/
News
/
Turbovap: A Persistent Craftsman In Innovation

Turbovap: A Persistent Craftsman In Innovation

Turbovap: A Persistent Craftsman In Innovation

（Tao Yingjie）Ten years ago, because can not stand foreign businessmen’s snooty attitude, a biotechnology enterprise in Liyang began to research and develop MVR (Mechanical Vapor Recompression) independently. By overcoming a lot of difficulties, the enterprise made the domestic first centrifugal steam compressor, which can replace imported the same type of equipment in performance and stability. It is a successful case of cross-industry development.

Founded in Jan 2002, Jiangsu Vitasweet Company is a professional food ingredient supplier specialized in developing, manufacturing and selling. In 2006, to lower enterprise energy consumption and environmental cost, Vitasweet decided to purchase a set of MVR equipment. However, very few domestic factories can manufacture this kind of equipment at that time. After contacting foreign factories, Vitasweet gave up buying out of their insolence, high price and unguaranteed after-sales service. However, why not our Chinese factories manufacture this kind of energy-saving and environmental friendly equipment, which can be widely used in chemical industry, pharmacy and so on?

The chairman of Vitasweet Luo Chunlong adheres to serving the country through industrial development. Chairman Luo devoted himself to researching the first MVR equipment with his team. It was really a great trial to R&D from biology industry to machinery industry. The technical team was built in 2006 and Turbovap was founded in 2008. During the two years, although the company cooperated with many well-known colleges, it was still in the stage of developing. At that time, Chairman Luo and his team stood up to the huge pressure to insist on researching MVR supported by Vitasweet. In 2011, after five years’ unremitting efforts, Turbovap finally developed the nation’s first centrifugal steam compressor.

However, this first compressor was underappreciated. It was difficult to bring the new product to market because no company want to take a risk buying such an unknown equipment. Therefore, Turbovap explored and launched a new sales mode: pay it after using and being satisfied. In November 2011, the first Turbovap® compressor, which can save 70% energy compared to traditional triple-effect, runs successfully in Qingdao Bright Moon Seaweed Group. Less than half a year, the group ordered another one since Turbovap® compressor can save 20,000 RMB every day. As the news spread, many orders came from Shanghai Baosteel, SANJIU Pharmacy, Baotou Steel, Livzon Group, etc.

“Pursue excellence, strive for perfection, and success will come naturally.” This is the motto of Luo Chunlong, the founder of Jiangsu Vitasweet and Turbovap. Orders are up to 200,000,000 RMB in 2016, increasing 50% compared to the same time last year. The enterprise not only generates immense economic value, but only realize zero-emission in industry wastewater treatment, which makes great contributions to energy conservation and emission reduction.

Scan the QR code to read on your phone

After a single three-stage compressor was put into operation, Turbovap single four-stage MVR compressor has also realized continuous and stable operation, passed customer’s acceptance, the saturated temperature rise has reached 60 ° C and the total compression ratio has exceeded 9, which is firstly invented in China.
Time of issue: : 2022-06-10

Turbovap is packed with men on the first day of exhibition

The 11th AQUATECH CHINA Shanghai international water exhibition are held on May 31 at the national convention andexhibition center in Shanghai.
Time of issue: : 2018-06-01

Turbovap® compressor, whose evaporation rate is 5mt/hr and saturated steam temperature rise is 10℃，is self-developed, designed and manufactured by Turbovap.
Time of issue: : 2018-05-15

The Evaporation And Crystallization Technology Exhibition

On Nov 20, 2013, first session of China (Shanghai) International Evaporation and Crystallization Technology and Equipment Exhibition was rounded off.
Time of issue: : 2018-05-15

MVR system for Xinjiang Karamay field wastewater treatment put into use in Feb, 2013. Turbovap® compressor, whose evaporation rate is 5mt/hr and temperature rise is 14℃.
Time of issue: : 2018-05-15

Various types of Turbovap® compressors were delivered to customers and put into use in different industries, such as pesticide wastewater treatment ,
Time of issue: : 2018-05-15

MVR tube type thin-film evaporator
After preheated by the preheater, materials come in tube-box of heat exchanger, distributed to every heat exchange tube by the distributor, forming homogeneous liquid film along the tube.
Number of views:
1069
Keywords: 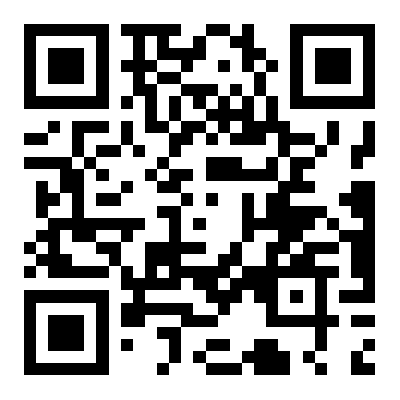